Francesca Bingley
If you're looking for the perfect beginner's surf beach holiday, then Portugal has some amazing locations to offer year round. Get yourself inspired to give surfing a go with our top 4 Portuguese beach breaks and start surfing Portugal. 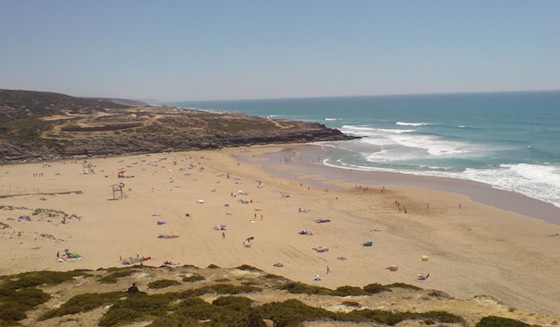 If you're looking for the very best surf in the world, then Ericeira is the place as one of only three World Surf Reserves in existence.  Foz do Lizandro is a gentle beach break that lies within the 8km stretch of protected surf reserve, and offers left and right hand waves on all tides.
The waves are great all year round, but if you can, team your stay when the Quiksilver Pro Portugal runs in October this year and visit nearby beach Ribeira d'Ilhas and see some of the best surfers in the world in action at an amazing surf spot. 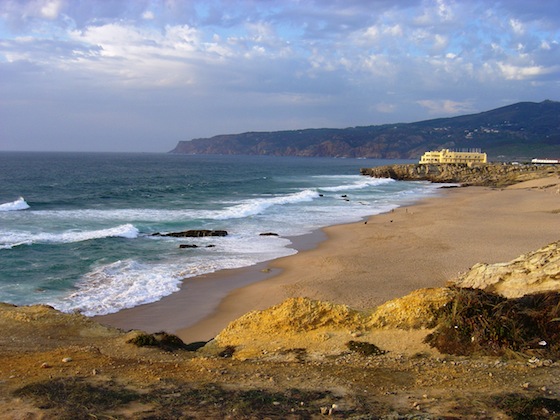 Known for not only its gentle waves but for being a location used within the James Bond film: On Her Majesty's Secret Service, Guincho beach is very beautiful and has hardly altered since the 1960s when the film was made.
At only 5km away from the surf town of Cascais, and only 30km from Lisbon. Enjoy the cosmopolitan feel to Cascais during the evenings, but spend your days at Guincho beach enjoying the fun waves and beach bar. 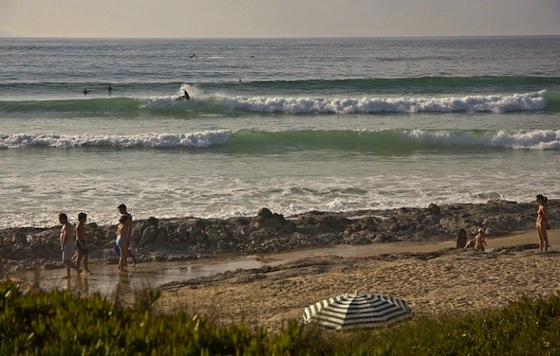 When you're not watching the pro surfers in the waves at Supertubos, learn to surf in the mellow waves of Cantinho da Baia beach at the heart of Peniche.
Cantinho is one of the best beginner beaches in Portugal, and attracts people wanting to surf from all over Europe in search of easy learner waves. Try to time your visit with the Rip Curl Pro that runs mid October each year for some incredible surf inspiration. 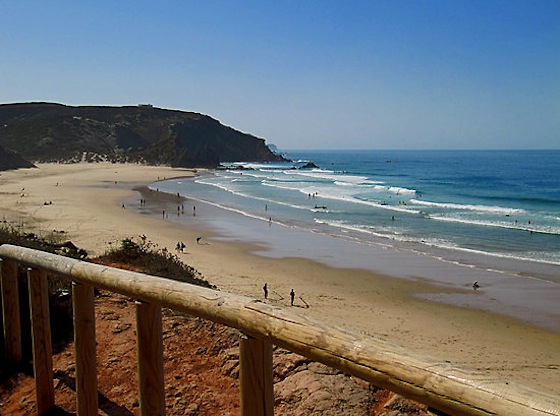 This soft sand beach is ideal for beginner surfers and nature lovers alike, especially as Lagos in its Algarve location, has some of the warmest waters around Portugal.
Make the most of the stunning setting of Praia do Amado beach by getting involved with the surf lessons available, and really take in the incredible scenery of the dark cliffs and golden sands of its beach.
This article was added by Francesca Bingley