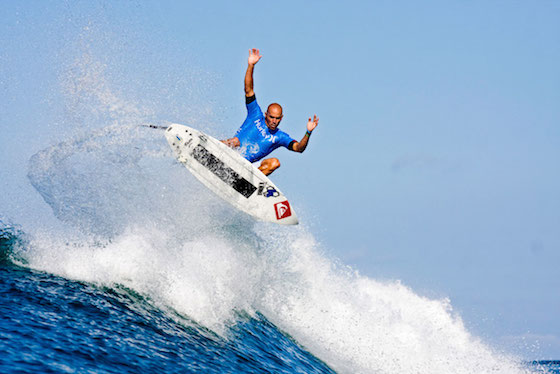 What is it about the shortboard that makes everyone want to surf it?  Somehow national media has taken the image of the shortboard to mean that something is cool, desirable, and that you need it in your life… yet actually riding one is not the easiest of feats.  Since the birth of the short and fat surfboards of the 1970s, the world has been enamoured with the fast hacking and carving of shortboards, and I am definitely in amongst those shortboard lovers.
After the worldwide popularity of the longboard for almost 70 years, it was in the 1970s that there was a surfing revolution. Instead of the longboards, malibu and mini mals that had a cruisey style of riding, in came a shorter puncher style of surfboards. An Australian and South African crew of competitive surfers would win contest after contest on their shortened boards, and so introduced the world to the sights of just how quick shortboards could be.

It was world surf champions Mark ‘MR’ Richards, Wayne ‘Rabbit’ Bartholomew, Shaun Tomson and Ian Cairns who controversially changed the shape of surfing as we know it, with their magazine interviews, outlandish statements, and general slash and hack style of surfing. Their shortboards caught the attention of the world’s media who promoted the exciting and fast paced style of surfing. 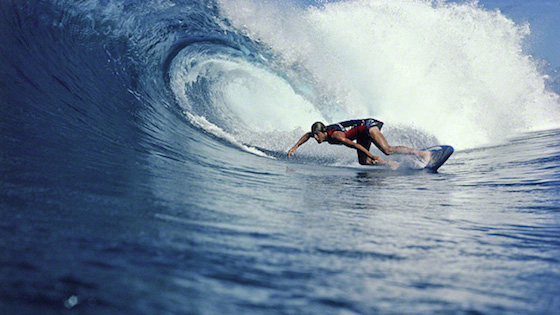 Over the next couple of decades with the advances in technology and surfboard design the shortboard became a specialist instrument. Generally made from a polyurethane foam centre with a fibreglass finish (much like a longboard), shortboards are very lightweight, versatile and incredible easy to travel with in comparison to a longboard.  In the 1980s more and more surfers honed their skills on their brightly coloured boards, but none more so than x11 world champion Kelly Slater, who later exploded onto the scene in the early 1990s to win multiple world titles. 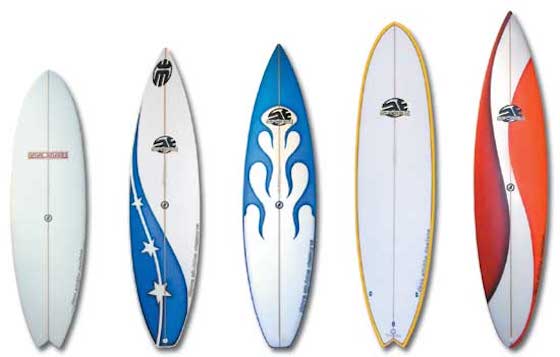 Today the shortboard is one of the most common boards in the line up.  Ranging approximately between 5ft8” to 8ft in length, shortboards are very versatile.  Although one of the most common shortboards will have a 3 fin “thruster” set up, it is perfectly normal to see hybrid arrangements now where 2 fins (twin fin), 4 fins (quad) or even a 5 fin set up is used.  Depending on the conditions, shortboards allow the surfer to have a lot of control over their movements on the ride of fast, often barrelling waves. Shortboard surfers can easily change direction or alter the speed of movement; whereas when riding a longboard the pace tends to be slower, and it is more difficult to turn or even stop.
If you are looking to invest in your own shortboard, have some fun in the process.  Ask to rent out different types of shortboard, paying attention to not only the length, but the width and the depth.  The wider the shortboard, the more stability, and the thicker the depth, the better the buoyancy.  Naturally as shortboards are lighter in weight than longboards, there is the simple truth that they are easier to duck dive, enabling surfers to quickly and efficiently paddle into the line-up.  So try out different shapes, widths and styles of shortboard before you commit to buying… you will know when you’ve got the right type of board for the waves you ride most often as it will feel almost effortless as you paddle out and are able to catch your wave straightaway.
Check out the shortboarding human freak of nature that is Mick Fanning in the clip below of just how he won his 3rd world championship title last year: