Arugam Bay, or A Bay as it’s known by locals, is Sri Lanka’s surfing mecca in the South East. A crescent shaped bay in the dry zone of the island, it see’s little rain and a multitude of sun soaked days per year.

Arugam bay is a beginner and intermediate surfers dream with an endless supply of right hand sand bottom points. The village is often compared to Kuta in Bali in the 70’s before things got crazy and major development stepped in. Sitting on the south east coast of Sri Lanka means the area most often escapes the harsh weather conditions experience elsewhere during the monsoon seasons.

The area is extremely beautiful and is the most traveller friendly and surfer friendly zone in the region. Although many of the structures were wiped out by the 2004 Tsunami things have slowly become to normalise again and the waves are as good as ever. Over the last few years a great mix of Arugam Bay surf camps and other accommodation options have opened up, most within a few metres walk to the surf.

Depending on the time of year and the build up from the rivers that flow into the sea at different points the banks can vary hugely. The best time to visit is anytime between May and October with July and August being the peak season for the area. During the southwest monsoon season Arugum bay picks up the distant groundswells and is also lucky enough to have off shores for the most part of the day.

If the surf fails to impress there is heaps to do. The area is on the edge of Yala East National Park so any given day you can see elephants, wild boar, water buffalo and exotic birds.

May to October is the best time to Surf

Arugambay Roccos is a chic cube-styled hotel, located minutes away from popular surfing spots along the Sri Lankan southeastern coast. The resort offers a year-...

Overlooking the Whisky Point surfing spot in Arugam Bay, Paper Moon Kudils is a beachside getaway like no other. Made up of a cluster o...

This property is 75 meters walk from the surf beach. Featuring free WiFi throughout the property, Star Rest Beach Hotel offers pet-friendly accommodations in A...

SAFA Surf Camp is a locally owned surf camp in the eastern Sri Lankan coastal town of Arugam Bay. Known for its great waves and chilled surfer vibe, it is the p...

Furnished with a mixture of exotic local and nordic simplicity all rooms give you a warm, homely and comfortable sanctuary during your stay with us. We offer y...

The Elephant Road resort is located in the quiet part of the jungle. Facing the wild lagoon, surrounded only by nature, 10 minutes walking to the beach and the ...

Select
Aside from a reputation for surfing Arugam Bay also has many authentic cafe's, restaurants, stalls and surf schools to peak your interest.

The food on offer here is as mouth-watering as any in Sri Lanka, and a defining feature of every travellers visit. The town is still largely undeveloped and if you are staying in a hotel or Arugam Bay surf camp everything is within walking distance of a short Tuk Tuk ride.

The area is blessed with clear waters and white sand beaches that will have you torn between soaking up the sun and culture or going for that third surf session of the day.

Thankfully the area receives such consistent swell making learning to surf in Arugam Bay one of the best things you can do in Sri Lanka, being able to provide the perfect form of wave for getting up on a board for the first time, alongside peaks that will keep even the most avid surfer happy.

Should the mid-day sun become too much, take a bus into the high mountain areas of the island, where you can enjoy the refreshing climate, several of the islands nature reserves and explore the Sri Lankan tea plantations.

The area of Arugam Bay and surrounding mountains are enough to keep every surfer spell-bound, both in and out of the water.

How to get to Arugam Bay

From most international hubs you can book a flight to Bandaranaike International Airport (CMB) near the capital Colombo.

Transfers - Book a Private or Shared taxi's and mini buses with our shuttle bus partner here From here it's a 5 hour 30 minute drive to Arugam bay by taxi.

How to get to Arugam Bay by Train

If you want to get the train or bus it is advisable to break up your journey with an overnight stay as it will take 10-11 hours.

Many opt for an overnight in Kandy to break up the journey and recover from the jet lag. You can also stop off in the picturesque village of Ella where you can have a breather and enjoy the scenery before continuing your journey.

How to get to Arugam Bay by from Hikkaduwa
This can be done with more ease, splitting the six hour and 308km’s between taxi and bus. Taking a bus from Matara bus station to Monoragala, where a tuk-tuk will cheaply and cheerfully bring you the rest of the way.

Once you arrive in Arugam bay you can hire a tuk tuk driver to bring you to the surf spots or you can hire a motorbike. As always in Asia, keep your wits about you on the road!
Arugam bay is known to have perfect fun right handers that rarely get above head high, so it's perfect for intermediates and beginners. It is one of Sri Lankas best reef breaks.

Waves are super fun so you will use a mix of a fish or a small wave board along or a shortboard for the bigger swells that might come in.

Slightly southwards around the point of the town is Arugam Bay reef break. This reef is a consistent, small wave that creates both rights and lefts over deep reef and is quite a mixed bag in that it can produce mushy waves close to shore that are excellent for gaining balance and practicing your pop up, while also forming faster, clean waves out back that are ideal fun waves for intermediates to advanced surfers.

In contrast to the South West, where a multitude of spots are dispersed along the coast, the best surfing in the South East is all centralized in the vicinity of Arugam Bay. This means you can set yourself up in the town without having to think about packing any time soon.

Even uncrowded breaks are within a short tuk-tuk trip of the bay. Ten minutes from Arugam Bay are Crocodile and Elephant Rock, each wave caters for a different style of surfer.

Elephant Rock is a beautiful, serene spot for beginners while Crocodile Rock can be powerful and challenging.

The additional beauty of these spots is their remoteness, being situated on a stretch of beach largely populated by wildlife rather than people. There is also a Buddhist temple a short 5KM journey away that is well worth the visit, and just a snapshot of the islands ancient Buddhist culture. 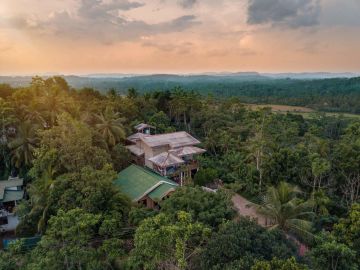 We select the 5 best Sri Lanka Surf Camps from the South Coast up to ...
read more
6 months ago

These 15 best surf towns in the world tick all the boxes for a surf ...
read more
7 months ago 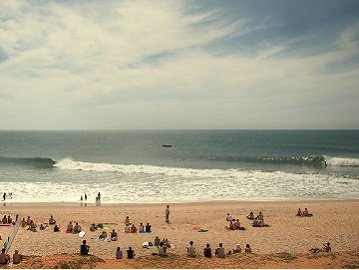