Surfing Lanzarote's beautiful uncrowded and undeveloped beaches is a fantastic experience. Lanzarote is one of the most naturally beautiful and unique places you will ever visit. Its dramatic landscape includes Volcanic mountain ranges, lava paths & hillsides, wine valleys, characteristic rural villages and its best features - long sandy beaches with clear blue water.

The island is only 60kms long and 20kms wide so you can explore all it's surf beaches with ease.

Surf holidays Lanzarote are a fantastic option if you want to learn how to surf or to take your surfing to the next level. It is a year round destination thanks to some of the most reliable surf breaks in the world. The constant blue skies and warm sun means you can forget about that thick wetsuit and instead enjoy the freedom of surfing Lanzarote warm waters in just shorts and bikini's.

Red Star Surf & Yoga Camp consists of 3 houses perfectly equipped to match surfer´s needs. Each house can fit around 10 guests. All the houses have a ...

Select
Lanzarote is the 4th largest of the seven Canary Islands. It’s situated jut 80kms off the coast of Africa and 1,000kms south of Spain. A small island and very easy to explore being just 60km long and 20km wide.

It is a perfect year round destination – average temperatures range from 22 degrees in January to 28 degrees in August. Annual rainfall is just 14cms – a far cry from the rest of Europe!!! The island has a fantastic dramatic landscape – ranging from impressive Volcanic Mountains to beautiful white sandy beaches. It was created millions of years ago by the spilt of the American and African continental plates.

Amongst the many interesting features are the Famara mountain range, over 600 metres in height that look out over the stunning Famara surf beach on the North West coast of the island. Further South is the famous Timanfaya National Volcanic Park. A great day trip - the last time the Volcano erupted was in the 18th century but parts of the ground are still extremely hot and you can test this by pouring water on it resulting in great geyser’s of steam rising up.

Amongst the many stunning Volcanic features of Lanzarote is the longest Volcanic Tunnel in the world, the Tunnel of Atlantis (over 7 km long and 1.5km below sea level) and includes explorable Caves (La Cueva de los Verdes). Despite the Volcanic nature of the island, Lanzarote has several beautiful white sandy beaches such as Famara and the beaches of Costa Teguise, Playa Blanca and Papagayo.

Lanzarote was designated a Biosphere reserve in 1993 by UNESCO and the local authorities have great pride in the style and development of the island allowing no billboard advertising or high rise buildings.

One of Spains most famous artists, Lanzarote born César Manrique, had a major influence on the development of Lanzarote. His artwork is evident across all the island - from giant sculptures adorning the landscape to buidings carrying his design, his is a name you will come across many times on your trip

In the last 10 years the island has been turned into a Sports Island – it hosts numerous Ironmans, Triathalons, Marathons and Off road and on road Bike races throughout the year. The island has a fantastic network of roads and cycle tracks and for those more adventurous there is the 82km Lava Running trail.

As well as onland sports Lanzarote hosts many water sports including the WSL 6 Star Prime surf event every October – where all the world’s top surfers come to compete for the title!

The island has numerous towns worth visiting and some worth avoiding. Puerto del Carmen is the main tourist town but lacks charm and is over developed.

Much more interesting is Costa Teguise (10-15 minutes from the airport) with its beautiful beaches; the inland town of Teguise with its market and local restaurants; and of course the surf beach town of Famara with its stunning mountain range overlooking the 6km long white sandy beach, incredible sunsets and its small cafes & surf bars.

Also worth mentioning is Museo Lagosmar in the centre of Lanzarote. It is the world famous actor Omar Sharifs home on the island – he has opened a restaurant, bar and museum on the grounds in spectacular settings built into the mountains with tunnels and caves and fanastic views across the island.

At the Northern end of Lanzarote is the island of La Graciosa. Seperated from the main island by a narrow sea channel - it takes only 20 minutes to get to by boat. The island has no tarmac roads and is completely untouched by tourism. It is a flat island made up of golden beaches surrounded by beautiful warm turquoise seas. A great idea for a day trip - the tiny island also has some of the best scubadiving in Europe

If you haven't been to Lanzarote make sure you put it on your list of surf travel destinations
Flights to Lanzarote
The majority of airlines fly to Lanzarote 12 months of the year. Try the low fares website www.wegolo.com and www.skyscanner.net for good deals. Below are a list of airlines that fly:

Another clever way of getting there is to use some of the chartered airlines. You don't have to stay in the resorts they offer but you can avail of their flights!

You will arrive in the airport Aeropuerta de Lanzarote. The town of Costa Teguise is only 15 minute drive north. Famara is 25 minute drive.

Car Hire - We have a discount car hire section on our website where you can rent a car.

Day trip to Fuerteventura - There are approximately 7 ferries a day from Playa Blanca on the southern tip of Lanzarote to Corralejo and vice versa. It only takes 20 minutes and cost less than €20 each way: www.fredolsen.es
The best waves occur in the north half of Lanzarote. The Island has consistent year round surf and 22 degree plus sunshine meaning you don't need a thick wetsuit and in the summer you can get by in a shortie or even just shorts!

Lessons often occur on the Lanzarote's most reliable surf beach, Playa de Famara, on the north west coast of the island. A beautiful white sand beach that stretches for 6km and is surrounded by the stunning Famara mountain range. Another great beginners area is the north east of the island in Arrieta.

Surfing Lanzarote is all about the north part of the island. The area from Playa de Famara to La Santa has been described by the Stromriders Surf Guide as "one of the best surf locations in Europe!" This stretch of Lanzarote picks up all the north and west swells and contains a mix of surf breaks facing numerous different directions. So no matter what way the wind is blowing there will always be a range of peaks to surf.

The more intermediate/ advance area is 'El Centro' in La Santa, in the north west and not far from Famara, it’s a solid reef break, best at high tide.

Travel around the north of the island and you will find many different breaks including some world class 'lava reefs'. Each September the WSL World Tour comes to town with the 6 star prime event. The worlds best surfers compete for the €125,000 in prize money.

Come Surf Lanzarote with us... 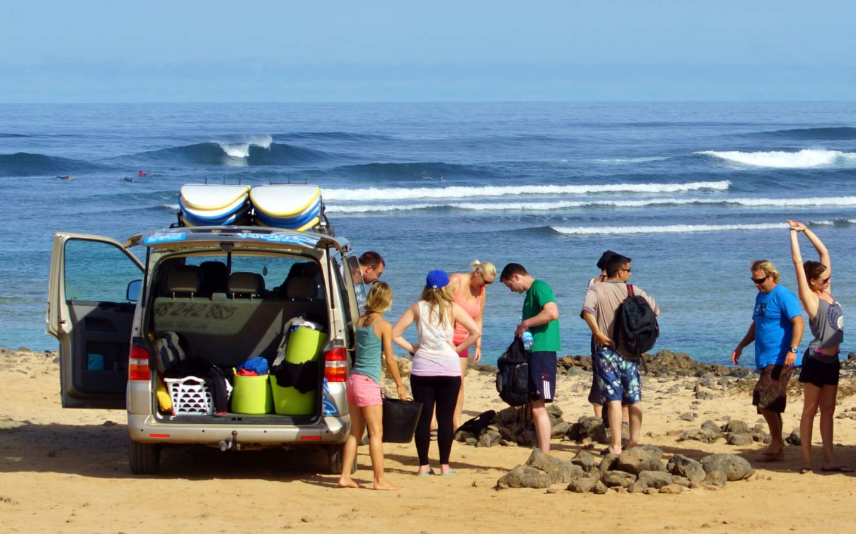 Known as the ‘Hawaii of Europe’, many are surprised to learn of the unlimited amount ...
read more
1 year ago 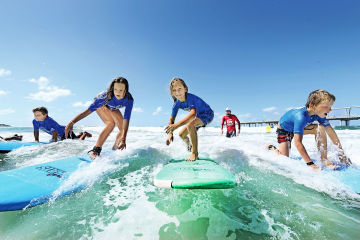 To help you on your way to booking your next family surf holiday, here are ...
read more
4 years ago 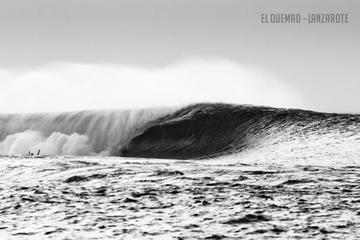 this a wave that only experts should tackle on our surf camps. Lanzarote is home ...
read more
6 years ago